What students say about studying medicine at the University of Nis, Serbia? 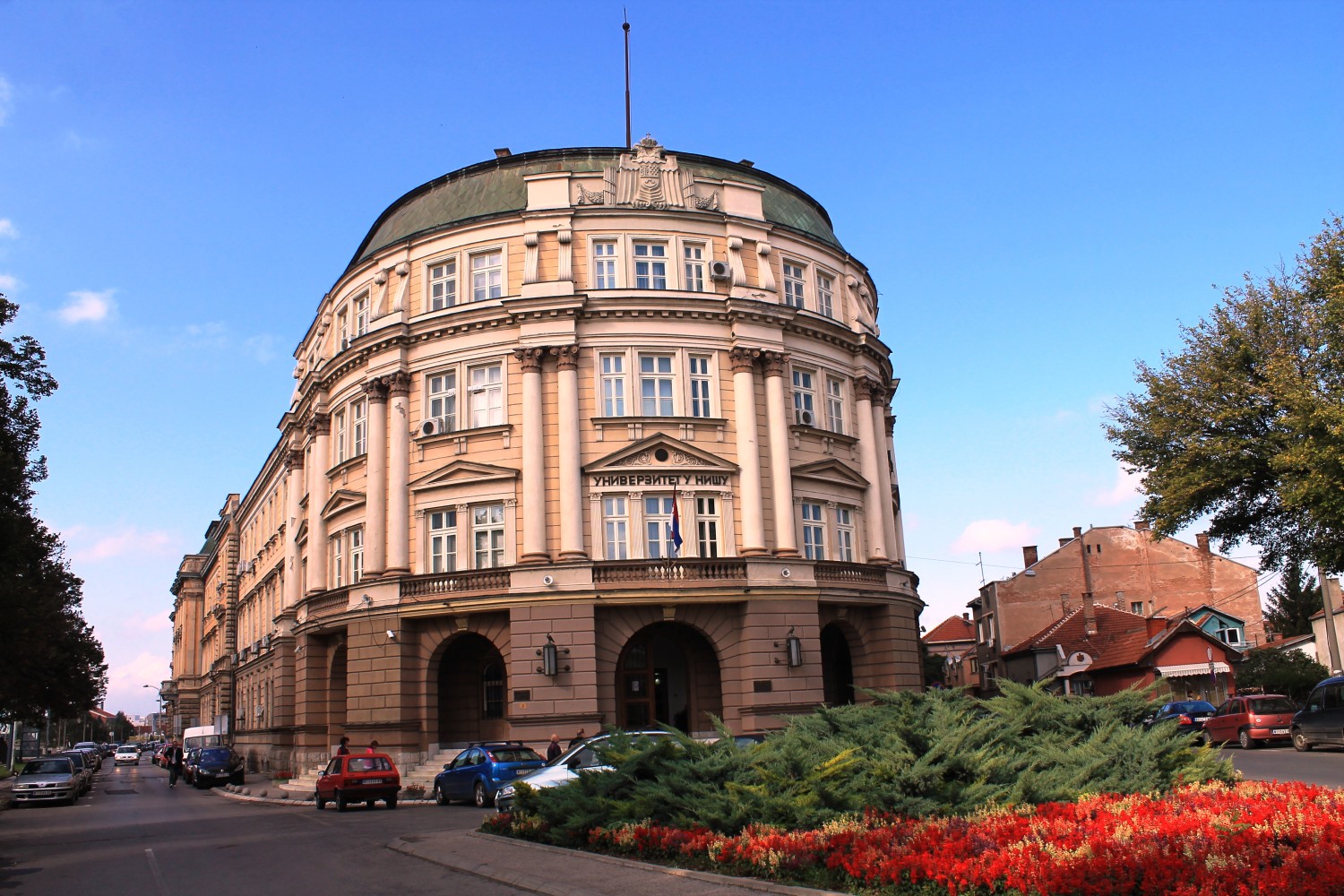 So, you’ve decided to study medicine abroad. There are probably a lot of European destinations that have come to your mind. Well, have you considered studying medicine at the University of Nis?

Serbia isn’t place that comes to mind for most medical students-to-be, which is surprising because international students currently studying there strongly recommend it. This goes double for the University of Nis, one of the most prestigious ones in the country.

To learn more about Nis and what life is like for a student at the university, we decided to sit down with Anika - a medical student coming from Germany. Anika just finished her 2nd year of medical education in Nis, so she had a bit of time to answer our questions!

Where is the University of Nis?

The University of Nis is located in the very heart of Nis, close to the historic Nis Fortress. Its precise address is Univerzitetski trg 2, Niš 18000, Serbia.

The location of the university is optimal for international students, as there are plenty of hotels, hostels and apartments in the immediate area which offer affordable accommodation. In addition, should students get bored of the university’s canteens, there are about half a dozen restaurants within walking distance.

Anika told us about a few more benefits that the university’s location offers its students.

“Nis University is really easy to reach, especially from Germany - I fly, like, 1h15. The airport is also really close to the faculty, I think I need about 10-15 minutes by taxi,” she said. “Makes it really easy to fly home for the weekend during the non-exam phase.”

During the clinical years, students do rotations in real clinics and hospitals - which can, for other universities, be quite far from the faculty building. This can inconvenience international students in finding their way around the city. We asked Anika about how the situation is in the medical faculty of the University of Nis.

“Most of the hospitals where we do rotations during our 3rd year are just opposite of our faculty,” she said.

Is it safe to study in Nis?

Yes, Nis is one of the safest cities in Serbia. Its rates of crime per capita are actually significantly lower than many other European city, with serious crimes being nearly non-existent.

According to Numbeo - an aggregate which crunches crime stats into various safety scores - Nis ranks between low and very low on most crime indexes. Those range between overall levels of crime, muggings, racially motivated attacks, etc - and all have a low probability of happening in Nis.

The city’s rating for how safe it is to walk the streets during the day is 92.65/100 - that’s actually higher than most European capitals. For example, London scores a mere 65.52/100 in the same category.

If this sounds surprising to you, don’t worry - you’re not alone.

“It’s a very underestimated country, and I think a lot of people don’t know much about Nis and Serbia,” Anika told us. “They put a lot into their infrastructure.”

The statistics support this, more specifically, the Global Peace Index, which ranks countries based on crime and their current socio-political environment. In 2010, just after applying for candidacy to the EU, Serbia ranked 78th on the Peace Index. A decade later, in 2020, they ranked 41st - a considerable improvement. Underestimated country, indeed!

Fill in this form if you want a free consultation about your options to study at the University of Nis:

Is Serbia a good place to study medicine?

Serbia is a very good place to study medicine. It offers very low tuition fees and living costs, alongside a world-class medical education from a variety of tutors. Every year, thousands of international students choose to study medicine in Serbia.

The University of Nis in particular has seen a surge in popularity thanks to its esteemed medical programmes in English. While the programme is very competitive (with only 50 seats), it provides a world-class education using cutting-edge equipment. The university not only adheres to international standards, but, in many ways, surpasses them.

To further ensure that students get to learn a wide variety of different things, the faculty is deliberately very diverse. Future doctors will get to learn not only from a wide range of teachers, but also from specialists coming from a variety of backgrounds.

“In the faculty we have people from the UK, from Saudi Arabia, from Germany, from Egypt, from Norway, Pakistan, Canada… It’s very diverse, and it’s so interesting to get in touch with all those people from different countries, and exchange knowledge and information,” Anika told us about her teachers. “That makes studying in Europe that much more valuable.”

How much does it cost to study medicine in Serbia?

When we asked Anika about why she chose the University of Nis, she replied without hesitation. “I chose this university because of the low tuition fee, of course!”

And that’s understandable - the costs to study medicine in Serbia are a fraction of what they are in Germany, as well as other countries like the UK, US and Italy. In fact, the costs are so low that you can usually go through your entire programme in Serbia for the same amount as studying just a few years in a UK university.

While it may be easy to presume that the price inflates when we take living costs into amount, the truth is that they don’t contribute that much to the overall price tag. Most students in Nis can live just fine with only a few hundred euros per month.

Renting an apartment with flatmates instead of alone should considerably reduce the cost of rent and utilities. However, an apartment that’s far from the university may add to the cost of transportation. Students’ dietary and lifestyle needs may also skew the estimate.

Even with that in mind, though, the price of studying medicine at the University of Nis is still significantly lower than in most Western European countries, like nearby Germany and Italy. The affordability of studying in Nis compared to the world-class quality of its education is what ultimately attracted many students to it.

Is the University of Nis accredited?

Yes, the University of Nis is accredited by a number of organisations, including the GMC, AMA, WHO and ECFMG. Medical degrees from the university are recognised internationally, and allow students to practise medicine anywhere in the world.

The University of Nis is listed in the World Directory of Medical Schools, an index of the internationally recognised and very best very best medical universities around the world. This gives it a certain prestige and recognition of the quality of education - but more importantly, it means that every country in the world will recognise its diplomas.

In practice, what this means is that you can go to Serbia, study for six years at the University of Nis, and then return home to work as a doctor in your own country. Or, alternatively, you can work in a different country, or even stay in Serbia if you fall in love with it (like many of the students we work with have). What matters is that a diploma from the University of Nis opens a whole lot of doors for you!

Why Students Choose to Study at the University of Nis

One of the primary reasons why students choose to study medicine at the university of Nis are the low tuition fees.

Not everyone can afford a medical education in their home country, and getting into debt to do so may not be worth it. Especially when the alternative is getting the same level of medical education elsewhere at a fraction of the cost.

But the costs aren’t the only thing which attracted Anika and other students like her. She also greatly enjoyed how the teachers gave each student individual attention.

“We’re studying in really nice, small groups,” she told us, "which made it very easy for everyone’s voice to be heard, and to ensure every student is absorbing the vital knowledge."

But even after class has ended, the teachers’ support continues. “The nice aspect is that [the teachers] are always available to reach on Viber,” she said.

Hear more about studying in Nis on our Virtual Open Day: "Study Medicine or Dentistry Abroad by Medlink Students":

Every year, we help thousands of students achieve their medical dreams and study medicine in Europe - dozens of which in the University of Nis. Our team of expert student advisors helps recommend them the best possible university for them based on their preferences and needs, and then processes all paperwork to make sure the student is accepted.

If you’re intimidated by the entrance exams at the University of Nis, we can help with those as well by sending you all the necessary materials to start cramming for them. We’ll even support you once you step into the university by showing you the sights and getting you in touch with Anika and other international students, who have formed a tight-knit community.

And even if the University of Nis isn’t quite your thing, or you’d prefer to study dentistry in Europe (a programme not offered by Nis), we can still help. Request a FREE consultation today, and our expert advisors will examine all of your options together! 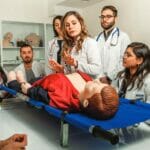 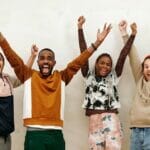 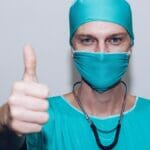 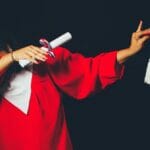 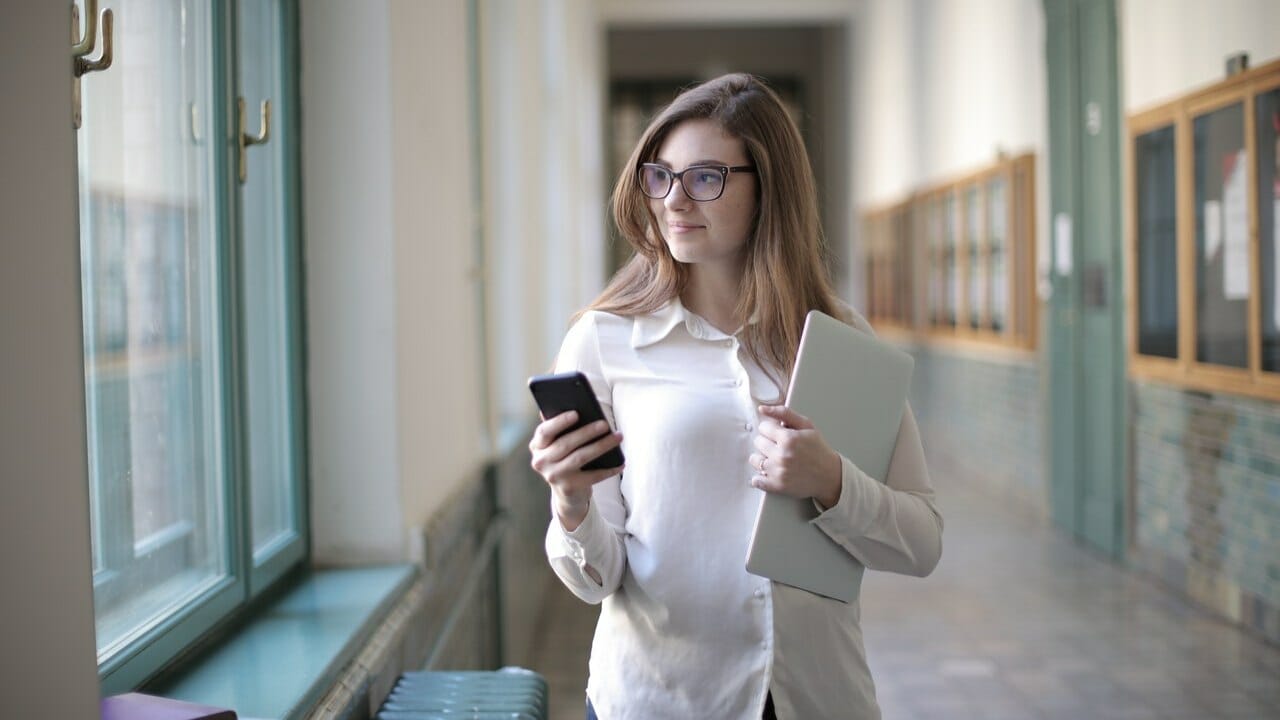 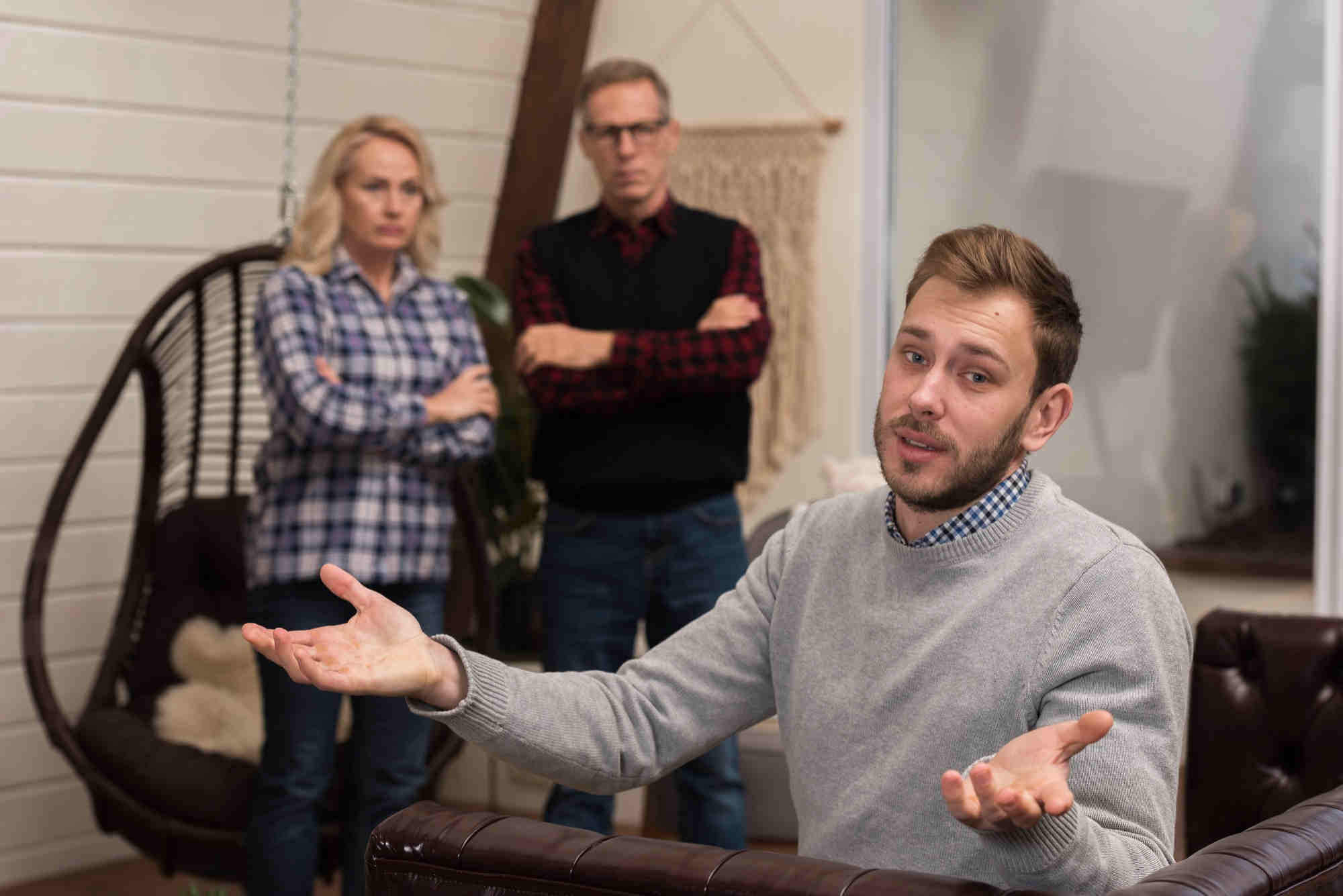 Are your parents not so keen about where you plan to study medicine abroad? 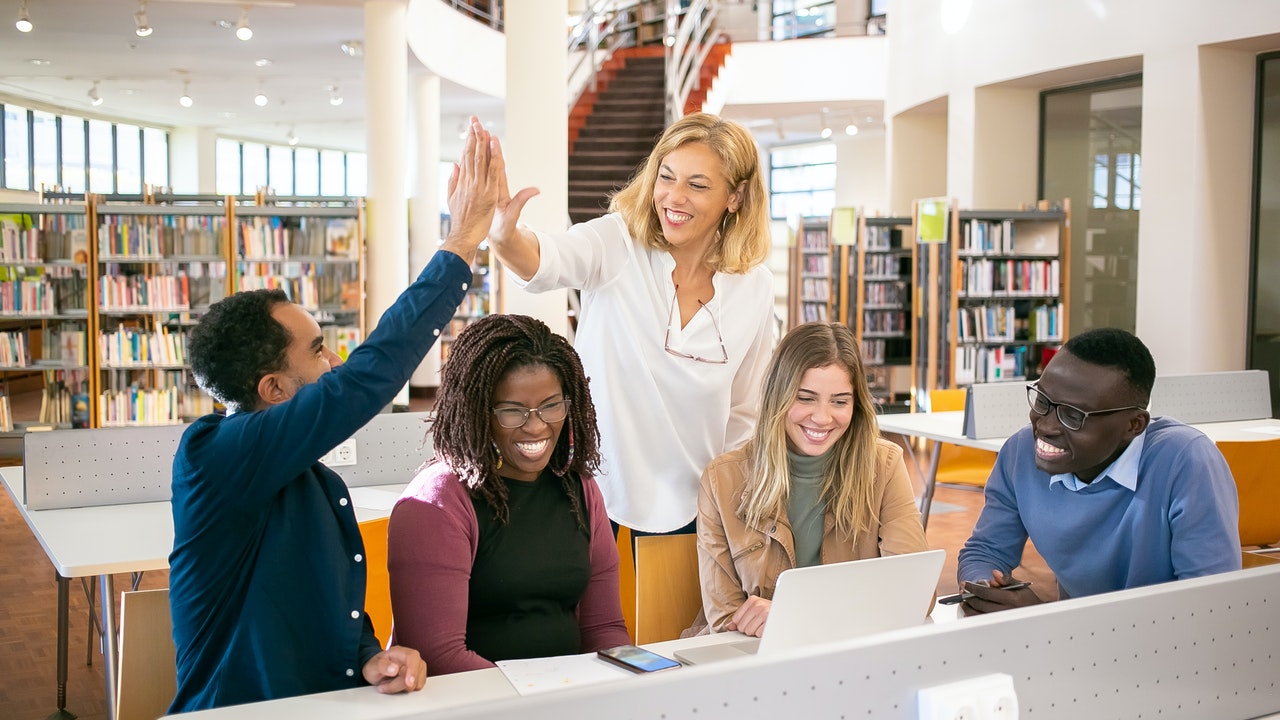 Should UK Students Take a Gap Year Before Medicine?
We use cookies. Learn more